A City That Remembers – Space and Memory From Taksim To Sultanahmet has been launched and is being operated by Hakikat Adalet Hafıza Merkezi, which aims to uncover the truth concerning past violations of human rights, strengthen the collective memory about those violations, and support survivors in their pursuit of justice.

In this project, I cooperated with Hafıza Merkezi to map the city through its political past that is both inscribed in the urban fabric, and yet often suppressed in public memory. 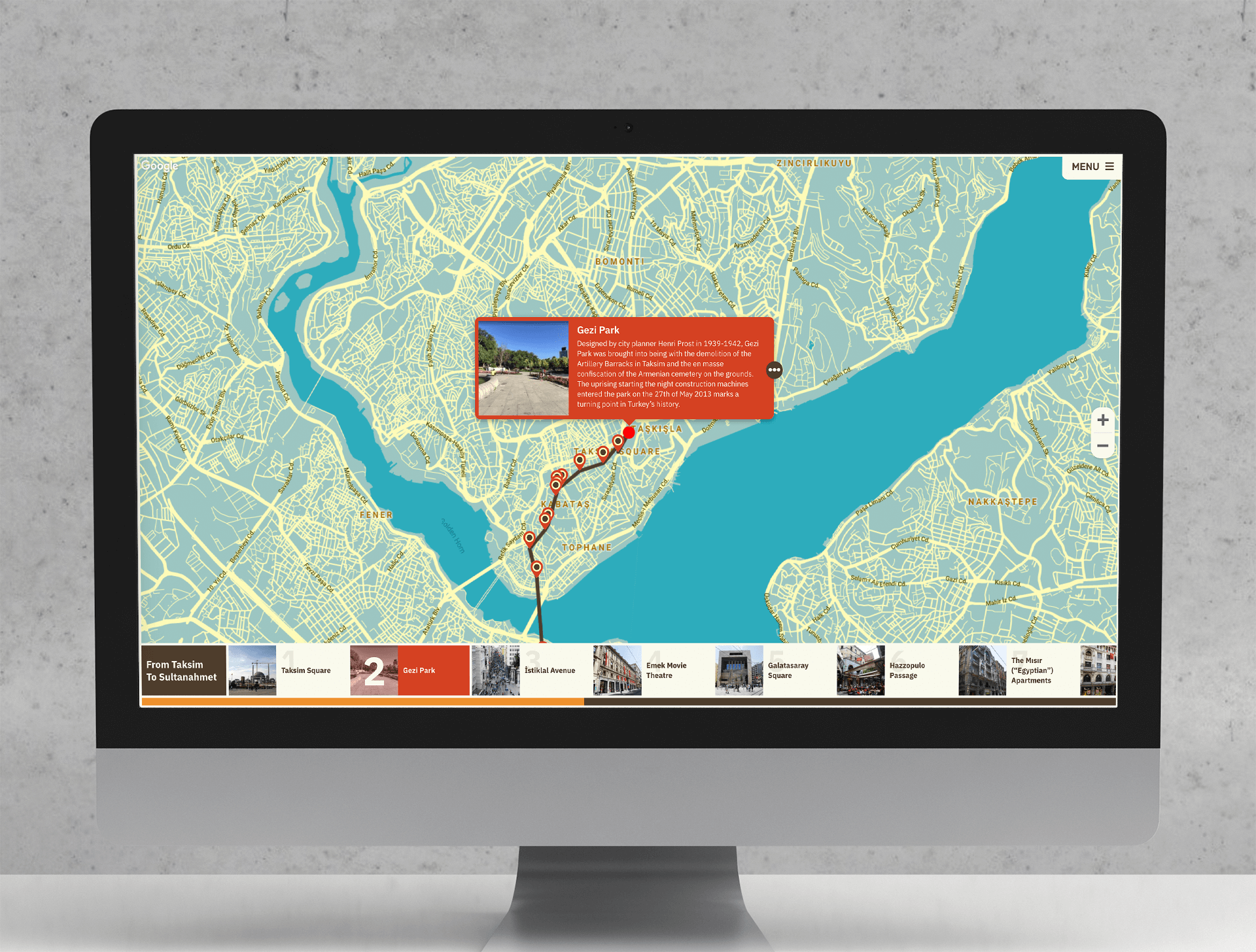 "Attempts to convert Sultanahmet Prison into a hotel began in 1992. In 1996, as the luxury Four Seasons Sultanahmet opened its doors, the wards and cells that once forcibly hosted Turkey’s intellectuals, artists and oppositional figures turned into much-demanded rooms that were rarely vacant and available only at very high prices."

The notion of a singular official perspective has gained greater hold with the shrinkage of civil space in Turkey paralleling the rising global trend of “post-truth”. One of the methods employed by the government in Turkey today is rewriting official history from the hegemonic perspective of our day. We believe that it is the duty of civil society in Turkey to counter this trend by making insistent reminders of serious rights violations and our need for confrontation, and by advocating for pluralism on all levels.

What A City that Remembers aims to do is bring up, precisely for this purpose, the histories of places we pass through every day without giving a single thought – histories bound up in rights violations, various struggles and political violence, and thus create an alternative memory of Istanbul.

The idea for the tour explained above in Asena Günal’s words came from her voluntary tour guiding for the participants of the Regional Network for Historical Dialogue and Dealing with the Past summer schools organized by Hafıza Merkezi in 2015 and 2016. The tour was held on the Saturdays of the week-long summer school to a group of civil society representatives from the Middle East, North Africa and the Caucasus with a view to introduce them to Istanbul’s memory sites. 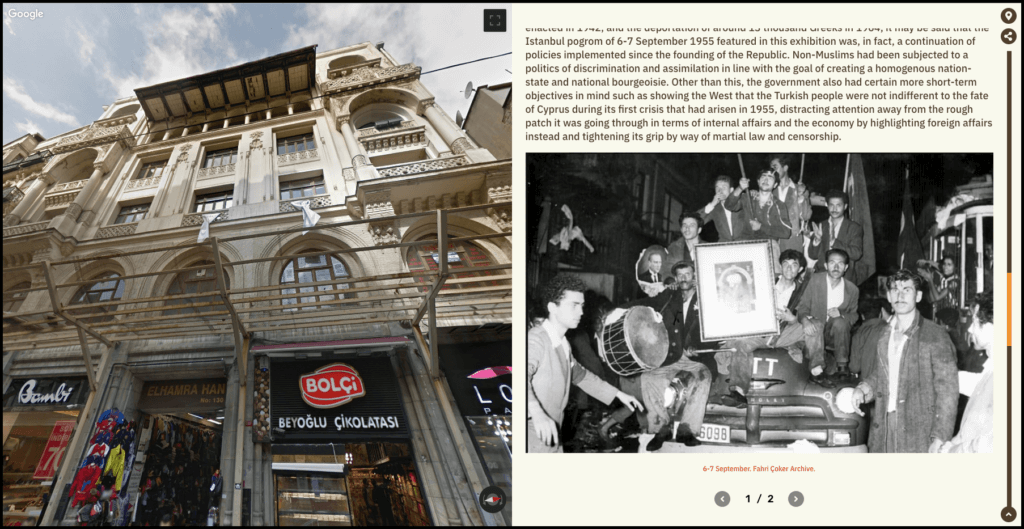 The publication offers its readers an opportunity to get acquainted with Istanbul – whether they be its resident or a tourist, as it presents the suppressed histories of the Ottoman era and Republican Turkey by looking at Istanbul from the lens of a tour guide. The places we pass by or visit on a daily basis are, inevitably, places with certain histories. These are mostly histories of appropriation and violation, injustice and power, but at times also histories of struggle. A City That Remembers sheds light on this rather “unofficial” version of Istanbul’s history through a total of 17 spaces, squares and buildings.

Elazar Barkan from Columbia University described the guide’s appeal to be “oriented both toward the inquisitive tourist and locals who are intrigued by the magniﬁcent cultural and social pluralism of the city and its resistance to oppression over generations” and defined it as “the result of a commitment to draw out the best of the society, by recognizing its responsibility to its past, both in its enduring form and as an opportunity to reinvigorate the city.”

During the project, my role was designing the visual interface of the website as well as developing it.